Our speakers bring experience, diversity and multidisciplinary perspectives to the table—just what you need to start thinking in bold new ways.

Read and watch highlights from some of our key speakers here. 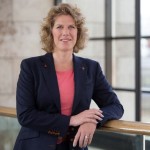 Linda Broekhuizen started per 2014 as Chief Investment Officer in FMO’s Management Board. In this role, she is responsible for FMO’s total investment portfolio of EUR 9.2 billion.

Linda Broekhuizen began her career at Fortis Bank in the Financial Institutions team for Latin America. In 2000, she started working at FMO, at first being responsible for investments in a selected number of countries in Eastern Europe & Central Asia and later in Latin America, where she managed a team since 2005. After this, she continued her career as Manager Sustainability Development, a new position created to integrate ESG as a business case in FMO’s core investment process. Consequently, she successfully set up Agribusiness as a new focus sector for FMO. As Director Financial Institutions she was responsible for FMO’s largest sector portfolio.

Linda Broekhuizen has Master’s degrees in International Relations and in Business Administration. She finalized a postgraduate program on Corporate Social Responsibility Management. She is member of the Supervisory Board of the Netherlands Council for Trade Promotion (NCH) and of the Appeals Commission of the Foundation for Banking Ethics Enforcement. 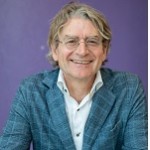 As of January 2011 Theo is Managing Director Impact Investing at ACTIAM. Theo has worked at ACTIAM since April 2006. Between 2006 and 2010 he was Commercial Director and member of the Board of SNS Asset Management (predecessor of ACTIAM). Prior to that, Theo worked for more than 18 years at ING Bank within the field of investments a.o. as general manager of investments for ING Bank Nederland. In 2000 he set up socially responsible investing and as of 2003 he was overall responsible for ING Bank’s Corporate Social Responsibility policy. Theo has a degree in economics from the University of Tilburg, a master degree in financial economics (Tilburg Institute Academic Services) and a master degree in financial planning (Erasmus University of Rotterdam). 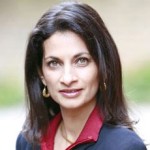 Nisha Pillai is an accomplished former news presenter with BBC World News who now specialises in moderating Panel Discussions and High Level Dialogues. She has worked closely with several UN agencies, with scientific institutes such as CERN, and with industry events and conferences in the Finance, IT and Energy sectors.

Nisha’s 25 year career at the BBC culminated as one of the main news anchors at BBC World News, where she reported extensively during the 9/11 attacks and the Iraq war. She was also one of the first regular interviewers on Hard Talk. As an award-winning investigative journalist at Panorama, the BBC’s flagship current affairs programme, Nisha had notable investigations to her name. She was awarded the Royal Television Society’s Award for her investigation into the late Robert Maxwell, which was broadcast a month before his death. Nisha cut her teeth as a financial journalist at the Investors Chronicle and on the BBC’s Money Programme. She read economics at the London School of Economics and was a graduate trainee at Schroders. 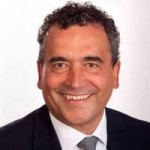 Prior to joining FMO, Peter worked in the professional services industry for over 30 years. He started his career in 1987 at one of the predecessors of PricewaterhouseCoopers. In 1996 he was admitted to the partnership. Peter has built his career on advising clients around mergers and acquisitions and he held a wide range of national and international leadership positions such as Transaction Leader (2001-2007), Chairman of the Assurance Board (2009-2013), CEO of the Dutch PwC organisation (2013-2018) and Managing Partner of PwC Europe (2015-2018).  He has worked with various clients; amongst others, in the Financial Institutions industry.

Peter holds a Master’s degree in Economics from Erasmus University 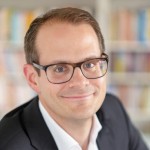 Lars Sudmann is the principal of Sudmann & Company. He is a speaker with background in business leadership, finance and strategy, including as the former CFO of Procter & Gamble Belgium. Lars has in-depth experience in engaging leadership and has been featured on BBC.com, Fast Company, Inc., the Chicago Tribune and many more. He is a lecturer at several leading universities in Europe. 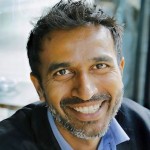 Sony Kapoor is an influential economist, financial sector expert and development practitioner. As Director of the international think tank Re-Define, Sony advises multilateral organisations, investors, central banks, as well as European and emerging economies on economic and financial policy. As CEO of the boutique Court Jesters Consulting, he advises several large long-term investors and corporations on investments and strategy.

Until recently, he also had a multidisciplinary role at the London School of Economics (LSE) as a Senior Visiting Fellow at the Development and Government Departments, and a Strategy Advisor to its Systemic Risk Centre. He was also Special Advisor to the UN Environment Programme on green finance and a member of the World Economic Forum's Global Agenda Council on the Future of Asset Management and Insurance. Sony was also the first Chairman of the Banking Stakeholder Group at the European Banking Authority.

An ex-investment banker, Sony has contributed substantially to improving public policy, promoting international development and reforming finance. His achievements have been widely recognised; he has been elected a Young European Leader by Friends of Europe, a Young Global Leader by the World Economic Forum and a Fellow of the Royal Society of Arts. Sony is an alumnus of the London School of Economics, the University of Delhi and the Indian Institute of Technology. 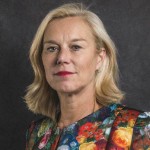 Sigrid Kaag has served as Dutch Minister for Foreign Trade and Development Cooperation (Trade & Aid) since October 2017. She became Minister after an almost 25-year-long career at the UN.

Ms Kaag went to university in Utrecht, Cairo, Exeter and Oxford. After finishing her studies--which resulted in a M.Phil. in International Relations and a M.A. in Middle East Studies—she worked for Shell International in London and at the UN section of the Dutch Ministry of Foreign Affairs. Her next step in 1994 took her to UNWRA, as program manager based in Jerusalem. She continued her professional life in various UN positions in different locations, such as senior advisor in Khartoum and Nairobi, chief of staff with UNICEF, Assistant Secretary-General for UNDP in New York.

From October 2013 to September 2014, Ms Kaag, as UN Under-Secretary-General, led the mission to eliminate chemical weapons in Syria. After this mission was completed in 2015, she became Under-Secretary-General in Lebanon with responsibility for all UN activities in the country. Just a few weeks ago, Minister Kaag presented her new policy agenda, Investing in Global Prospects. 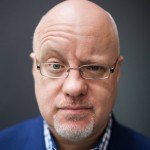 Brett King is a bestselling author and was voted Innovator of the Year for 2012 by American Banker (Bank Technology News). Since 2010, King has released five globally bestselling books, including Bank 2.0, Branch Today – Gone Tomorrow, Bank 3.0, Breaking Banks and his latest, Augumented. His books have topped bestseller charts for banking in 18 countries, and have been translated into nine languages.

A global thought leader in financial services and customer experience, he publishes regularly in his role as industry advisor for Huffington Post, Internet Evolution, FinExtra and his personal blog, Banking4Tomorrow.com. He has recently been featured on Fox News, Bloomberg TV, BBC, CNBC, and in The Wall Street Journal, The Financial Times, and The Economist. 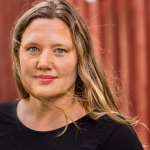 Together with Hans Rosling and Ola Rosling, Anna Rosling Rönnlund founded Gapminder in 2005. Gapminder’s mission statement is to fight devastating ignorance with a fact-based world view everyone can understand.

She designed the user-interface of the famous animating bubble-chart tool called Trendalyzer, used by millions of students across the world, to understand global development trends. The tool was acquired by Google, and Anna worked at Google in Mountain View, CA as a Senior Usability Designer 2007 to 2010. At Google Anna improved search results for public data, developed data exploration tools for Public Data and made a bubble tool gadget (Motion chart) in Google Spreadsheets. In 2010 Anna came back to Gapminder to develop new free teaching material. Anna is now Vice President and Head of Design & User Experience at Gapminder. She also sits in the Gapminder Board. Anna holds a Master’s Degree in Sociology and a Bachelor’s Degree in Photography.

Anna founded Dollar Street, the biggest systematic image bank with representative home documentations based on data. At the moment we have almost 30 000 photos and 10 000 video clips, which are free to use under Creative Common license.

Together with Ola and Hans, Anna wrote the Factfulness book, launched in April 2018. 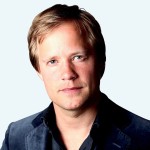 He was executive director of TEDxAmsterdam and co-founded Founder Institute Amsterdam. Initially, he began his career as a lawyer and served six years at the law firm Clifford Chance. 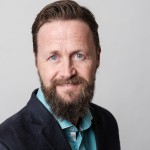 Jim Stolze is co-founder of SingularityU, The Netherlands, and founder of Aigency, a platform that enables Artificial Intelligence experiments for corporates by using algorithms and software created by PhDs, hackers and startups. From 2009 to 2016 he served as one of the twelve senior ambassadors for TED.com worldwide.

Jim Stolze is a European thought leader on innovation and entrepreneurship. He is a double alumnus of Singularity University (Mountain View) and officially accredited as one their faculty members. 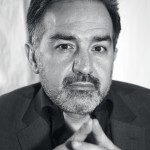 Prior to this, Michelangelo worked at Citigroup for 29 years, where he was a highly experienced senior business leader equipped with a demonstrable track record in delivering robust employee engagement and leadership initiatives for major transformation programmes, translating into a motivated workforce; business development; and executing ‘high impact’ strategic initiatives to drive new revenues and improve profitability.  During one of his last roles, he led the global cultural transformation strategy and implementation for the region in partnership with the global team based in New York, and was a key member of a Global Consumer Change Committee tasked with supporting the business in driving a global cultural business change transformation program.