Our speakers bring experience, diversity and multidisciplinary perspectives to the table—just what you need to start thinking in bold new ways.

Read and watch highlights from some of our key speakers here.

Session 1.B - Not your Problem? Why Socio-environmental Risks should be Everyone's Problem 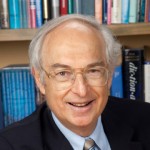 Dr. Daniel Schydlowsky served as Superintendent of Banking at the Insurance and Private Pension Fund Administrators of Peru (SBS) from 2011 to 2015. Concurrenty, he acted as President of the Association of Bank Supervisors of the Americas (ASBA), Chairman of Governing Council of the Alliance for Financial Inclusion (AFI), and Member of the Executive Committee of the International Association of Insurance Supervisors (IAIS).

Dr. Schydlowsky has had a long and distinguished academic career, teaching at Harvard, Boston University and The American University. In 2010, he was Robert F. Kennedy Visiting Professor at Harvard´s Kennedy School of Government.

He has been a consultant to the Alliance for Financial Inclusion, the Gates Foundation, the Inter-American Development Bank, the World Bank, UNDP, USAID and others. He has worked in most Latin American countries as well as in Bangladesh, Indonesia, Romania and South Africa.

Session 2.B - Scaling Up Sustainable Finance 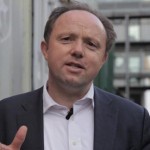 From 2014 to 2018, Nick was co-director of UN Environment’s Inquiry into a Sustainable Finance System. As part of this, Nick led country activities in Brazil, the EU, India, Italy and the UK, as well as thematic work focused on investors, insurance and green banking.

Before joining UNEP, he was Head of the Climate Change Centre of Excellence at HSBC. Prior to HSBC, Nick was head of Sustainable and Responsible Investment (SRI) funds at Henderson Global Investors. Nick has also worked at the International Institute for Environment and Development, the European Commission and the Business Council for Sustainable Development.

Nick has a BA in History from Cambridge University and an MSc in International Relations from LSE. 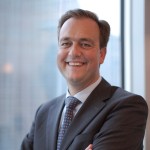 Before joining Rabobank, Bas worked for Triodos Bank for 17 years. During the last seven, he was Director of Triodos Investment Management. Bas holds a Master of Science in Biology from Wageningen University. Next to his paid work, he serves as chairman of Stichting Eko- keurmerk and as supervisory board member for Milieu Centraal. 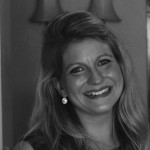 Stephanie has a background in environmental science and anthropology with eight years of private-sector experience, specializing in plantation forestry in Africa. Stephanie has hands-on experience in the design and development of sustainable smallholder grower and contract farming mechanisms and responsible investment. She has experience in developing innovative and practical solutions to minimize business risk with a focus on social and human rights.

Stephanie is currently responsible for all Environmental Health, Safey and Social Development across Miro Foresry Company in Ghana and Sierra Leone. Prior to this, Stephanie worked in Tanzania, Uganda and Mozambique. She holds a BSc in Environmental Science from Oxford Brookes and a Masters in African Studies from the School of Oriental and African Studies.

Kola is the Managing Director of Babban Gona, an award-winning, high-impact, financially sustainable and highly scalable social enterprise, part-owned by the farmers it serves. Babban Gona was created to specifically attract youth to agriculture and away from the looming instability of extremist groups.

Babban Gona accomplishes this by franchising thousands of mini maize and rice farmer cooperatives across Northern Nigeria, dramatically increasing the profitability of the smallholder members 2.8 to 3.5 times above the national average. This dramatic increase in net income is accomplished by delivering an integrated holistic package of training, farm inputs and marketing services on credit. Babban Gona has been able to deliver this credit while maintaining one of the highest repayment rates in the world, currently above 99.99%, leveraging its comprehensive eight levels of risk mitigation.

Prior to Babban Gona, Kola was a Managing Director and CEO of a major subsidiary in the Notore Group, one of Nigeria’s leading agricultural conglomerates, where he raised US$24 million to develop an integrated agricultural trading, production and processing business. Furthermore, he led the development and execution of Notore’s commercial strategy across West and Central Africa, preparing the company to sell one million tons of fertilizer and establish a modern seed business. He led the effort to raise $130 million in equity and the restructuring of $360 million in debt.

Kola brings significant leadership experience in venture capital, corporate finance, business development, marketing and operations across four continents with multiple global companies, including GE, Notore and Abiomed. In addition, Kola brings extensive public sector experience as Senior Advisor to the Nigerian Minister of Agriculture. In recognition for his leadership in driving positive change on the African Continent, he has received several global awards, including the prestigious Eisenhower Fellowship, a leading leadership instituteled by General Collin Powell. He was also appointed to the Board of the African Enterprise Challenge Fund, a $250 million fund that awards grants and repayable grants to private sector companies to support innovative business ideas in agriculture, agribusiness, renewable energy, adaptation to climate change and access to information and financial services.

Kola holds an MBA (Honors) from Harvard and a Masters in Mechanical Engineering from the Massachusetts Institute of Technology. 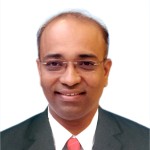 Anil is a banker with over 27 years of experience. He has worked in entities like Canara Bank and ICICI Bank. He embarked on a journey in Rural & Agri finance from 2007 onwards as Founder Trustee of IFMR Trust, wherein he was involved in designing and deploying a local financial institution model called “KGFS"- Khetriya Gramin Financial Services.

Having built a successful model with over 220 branches and a 500 000-customer / 1200-person organisation, Anil ventured into an entrepreneurship by starting SAMUNNATI – a non-bank finance company focused exclusively on agriculture, and specifically on small-holder farmers. In its journey of slightly over three years, Samunnati has already reached 12 states with a cumulative disbursement of over Rs. 800 crores, touching about one million farmers. 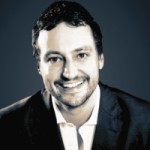 Matteo Marinelli is the CEO of Maha Agriculture Microfinance, an agri-focused, fintech-oriented MFI based out of Yangon, Myanmar, and owned by Myanma Awba Group, the leading corporation in the Myanmar agricultural industry and the International Finance Corporation. He began his career with Grameen Bank, in Dhaka, Bangladesh and after short-term consulting assignments in Tanzania, Afghanistan, Serbia and Thailand, he relocated to Geneva, Switzerland, working for Blue Orchard Finance SA, an impact investing asset management firm specialized in lending to financial institutions in emerging markets. After half of his career spent on the “debt-side” of the microfinance industry, he began his “equity” journey with a wholly owned subsidiary of Temasek Holdings, Fullerton Financial Holdings. His first role here was as a Project Manager based out of Phnom Penh, Cambodia, responsible for the start-up phase of a greenfield MSME banking co-investment between Fullerton and Canadia Bank. This led to the creation of Cambodia Post Bank. Later, he served as a Country Rep based out of Yangon, Myanmar, and was responsible for the set-up and launch of Fullerton Myanmar. It was here in Myanmar that he grew interested in the challenges faced by agri-businesses and small-scale farmers who lack access to capital and markets. This is what brought him to Maha.

Born and educated in Italy (with a BA in Economics from Bocconi University in Milan), he participated in academic exchange programs at the University of Niigata in Japan, New York University, the London School of Economics, and at the University of California in Berkeley. He has an executive management diploma from Insead,speaks fluent English and Spanish, and understands French. Matteo has been living in Myanmar for the past five years with his wife. He loves travelling and exploring South and South-East Asia. He’s an enthusiastic contemporary Asian art collector who loves running, swimming and biking.

Christiaan has led Hypoport since its founding in 2002, keeping client solutions and innovation at the forefront of his leadership.

He founded the PRoMMiSe® platform as a result of the lack of transparency around securitization transactions back in 2001 and the idealism to create liquidity around structured finance transactions by introducing standardized investor reporting. As a result of the PRoMMiSe® market standard, the Dutch market is nowadays the biggest market in the world with such a standard for RMBS. Furthermore, Christiaan is responsible for setting up Hypoport’s new business in Africa (office South Africa). Prior to founding Hypoport BV (Prior Prommise BV) in 2002, Christiaan was investment manager of the structured finance fund of APG Investments and later NIBC Asset Management. Christiaan joined APG in 1998 and quickly became one of the first mortgage-backed securities analysts in the Netherlands. Christiaan earned a RBA degree with a concentration in investments from the VU University of Amsterdam (VU) in 2001 and a Masters of Science degree in business administration for the financial industry from the VU in 1998. Christiaan did also the VU honors program from the UPE in South Africa in 1998 in relation to securitization in South Africa. 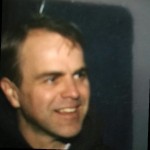 Maurits has more than 15 years of experience in the financial and capital markets. He has worked in structured finance and securitisation for, among others, Moody’s Investors Service, ABNAMRO, NATIXIS, and NIBC. He has advised UNHCR and UNICEF on financial services for refugees and vulnerable populations in the MENA region. In additional, Maurits has trained Financial Institutions in portfolio and risk management for Micro, Small, and Medium Enterprises.